Orchid Alchemy is a family business located in the United Kingdom that was founded in 2006. We specialise in raising orchids from seed and mostly grow species but also produce a few hybrids which we believe will produce exciting and consistent progeny. As well as offering established young plants raised from seed we also provide a flasking service for growers of tropical and hardy orchids. Our specialist knowledge and experience of germinating and growing orchids from seed gives you the opportunity to propagate a favourite species or breed your own award winning hybrids.

My partner and I are scientifically trained in plant tissue culture having spent a number of years working in academic research laboratories such as the John Innes Centre. We became interested in orchids in the late 1980's and then I decided to pursue a career with orchids and was awarded the Eric Young Orchid Scholarship. I underwent training at The Royal Horticultural Society Garden Wisley, The Royal Botanic Garden Kew and then ran the orchid-breeding programme at Stonehurst Nurseries in West Sussex. 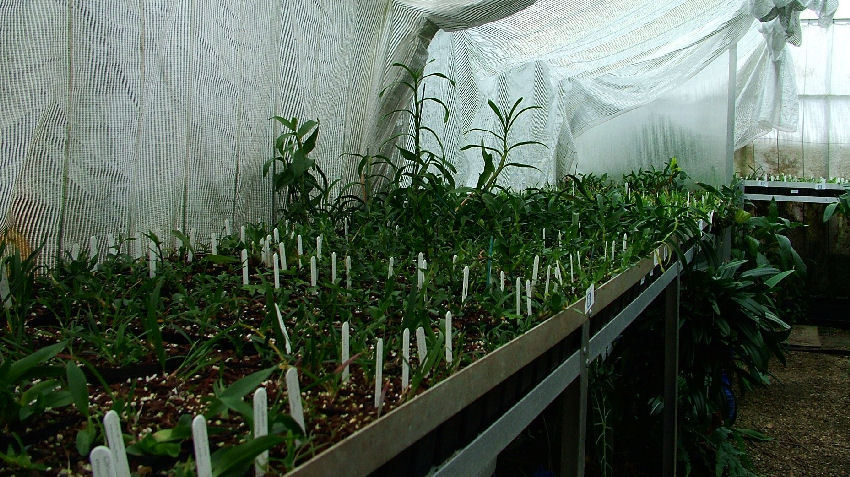